Mactaggart & Mickel Homes’ site managers Stuart Gillespie and Garry Henderson have been named Regional winners for Scotland at the 2018 NHBC Pride the Job Awards in Glasgow. 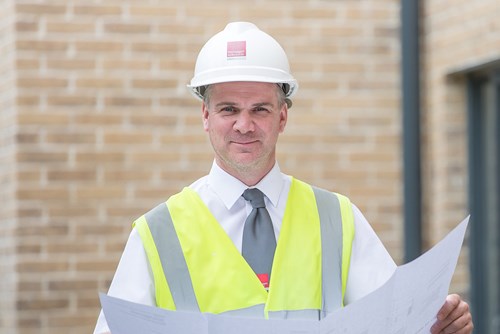 Stuart Gillespie won the Regional award in the ‘Medium Builder’ category for the sixth year in a row for his Greenan Views development at Doonfoot in Ayr.  Stuart, who started with Mactaggart & Mickel Homes as an apprentice three decades ago, has been awarded nine Regional titles in total, and this latest accolade is his 33rd Pride in the Job Award overall.
Garry Henderson won in the ‘Multi-Storey’ category for his Milverton Grange development in Giffnock, the first award in this category for the Glasgow-headquartered housebuilder.
Ed Monaghan, managing director of Mactaggart & Mickel Homes, said: “This is the first time that we have scooped two awards at this level of the competition, which is a tremendous achievement.
“Both Stuart and Garry are an absolute credit to Mactaggart & Mickel Homes and exemplify a commitment to quality that results in superbly built homes.
“I would like to pay tribute to all three site managers, including Martyn Anderson, who was shortlisted for Castle Grove at Newton Mearns."
Stuart and Garry now go forward for the UK Supreme Awards, to be announced at a Gala Dinner in London in January 2019.
Pride in the Job awards recognise the highest standards in housebuilding from a field of over 16,000 entries.